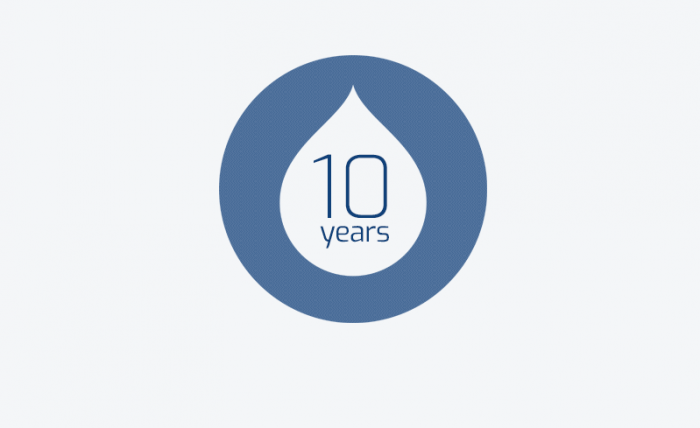 10 years of Drupal development and design for Drupal 6, 7 and now Drupal 8. It's been a blast, sometimes crazy, sometimes amazing, always intrigung - here are some highlights.

When we started as Drupal designers, developing sites with Drupal 6 it was hard work. Just to get the thing working was a struggle. But, once you had it running, you could suddenly do a lot of exciting things. One of the first things we did was to build a series of translated multi-language product catalogue sites for a global dental supplies company.

A little while later, the iPhone changed the landscape considerably and led to the creation of mobile-friendly websites. Drupal 6 couldn't do this, but Drupal 7 had the technology. One of our first forays into Drupal 7 was an e-commerce site for a Wiltshire manufacturer which, several updates and revamps later, is still running today.

Drupal 8 has been another set of challenges. Entirely new techniques and workflows are required. What was once a small set of files has become an enormous web of dependencies held together by pages of code. Where once we used ftp to upload files, we now commit to a repository and deploy to the live site. The power is immense, but the learning curve is steep!

It may have been a hard slog, but the benefits are enormous - and set to increase over time as the system develops. Drupal is definitely set up for the long haul.

One of the most pleasing uses we have found for Drupal is the area of charity web design. UK charities can benefit from Drupal's open source licensing policy - meaning it's free to use - and its all round enterprise class capabilities. Combined with CiviCRM, another open source application, it becomes a charity database, website and e-commerce platform - all integrated into one easy-to-maintain site.

Back in the mists of time when we compared the various CMS systems and chose to become a Drupal web developer we made a good choice. It's provided the power that we've needed to build the kind of sites that our customers want and I think it will be doing that for at least the next ten years.