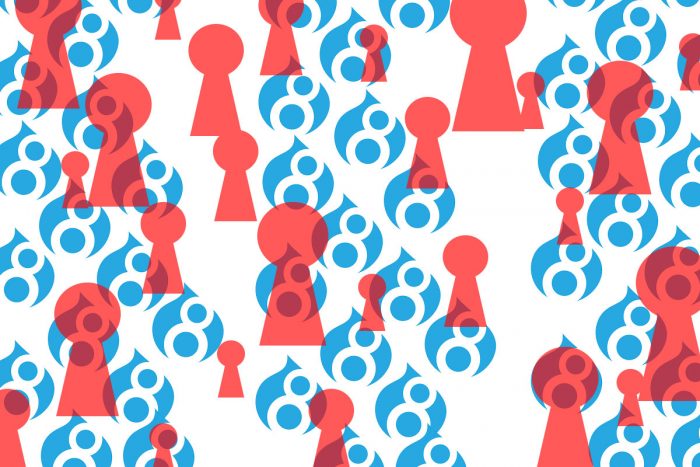 We were very surprised to hear recently of a company using a vendor's own in-house CMS, we thought these had died out years ago!

There are, however, some serious down-sides to using a CMS created by an individual company - especially when compared to a system such as Drupal:

All websites are constantly being scanned for vulnerabilities by malicious users, Drupal has a security team issuing patches on a regular (monthly) basis to keep your site protected. It is constantly stress-tested and maintained by its global community.

A small vendor's own CMS could not possibly have this level of security. They would largely be hoping to be secure by being an unknown quantity - security through obscurity.

A simple CMS may be appealing, but website requirements are becoming ever more complex. Drupal is of a scale to meet any organisation's needs not only now, but as they change in the future.

Almost any functionality that you are likely to require has already been needed by somebody else in the Drupal community. Drupal developers then create a module and contribute it back into the community for everybody to use - and improve upon. Every module in the Drupal eco-system has an issue queue where developers can flag up problems, propose new functionality and help to test fixes and improvements. Through this mechanism, and through a large community of Drupal developers and users, Drupal is constantly growing and improving.

You can find out an awful lot about Drupal online, there are reviews, information about how it works and comparisons with other systems along with a growing list of well-known organisations using it. With a vendor's own CMS, all you know is what they have chosen to tell you.

You are tied to that supplier

If your relationship goes sour, or you are unhappy with the work, or if the current company stops trading it would be difficult to move your website to another company as no other companies use that in-house CMS system. With an open-source CMS like Drupal, it would be very easy to take the site and move it to another Drupal developer - and there are a lot to choose from.

Long ago we used our own in-house CMS system, reasonably adequate for small, simple websites. We switched to Drupal development more than 10 years ago because it simply wasn't feasible to develop our own CMS when the alternatives in the market place were so much better than anything we could produce ourselves.

Drupal has a network of hundreds of thousands of developers, contributing and helping to improve it, something with which we could never compete. It may be that any company offering its own system are months away from making the same decision. Vendors with in-house CMSs should be able to demonstrate longevity and future-proofing.

There are lots of drawbacks to using a vendor's own in-house CMS, after looking for the positives, we have to say that we can't really see any. The combination of vendor lock-in, flaky security, diminished functionality and possible abandonment make it hard to recommend this approach.