Why We Love Drupal 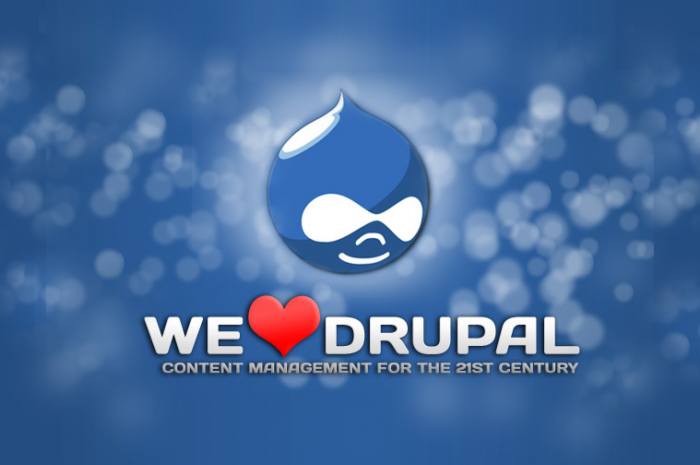 The other day we were talking to a prospective client about how we make websites and we started talking about Drupal, which is the open source content management system that we have been using for several years, and I'm embarrassed to say that we sounded a bit gushy!

The truth is that Drupal competely changed the way we build sites - and we've not looked back! So, what is it about this oddly-named software that gets us so excited?

It's Powerful
Drupal delivers everything we need from a Content Management System. Whenever a job has needed an extra edge, Drupal has it. It helps you create, collaborate, edit, search, store and manage.

It's Portable
We don't own the code, so if our clients want to move to another agency (as if they would!) or another server, they can move the whole thing - and easily find another Drupal specialist  to take on the job. Using a bespoke CMS created by an agency can effectively tie you in to that agency - and who likes being tied down?

It's Secure
Popular content management systems are common targets for hackers, that is why Drupal issue regular security patches for not only the core system, but also for contributed modules. Turtlereality are emailed as soon as patches are available and we can apply them immediately.

It's Fast
There are a range of tools and options to help speed up page loads on Drupal sites.

It's Easy for the Client to Use
Drupal is a massive and complicated system - but it also allows us to build pared-down dashboards and control panels for our clients. We can tailor the admin site to give individuals access to only the elements they need to edit.

It's Expandable
Drupal starts with the core modules which do the basics, but in addition to that we can add from a range of thousands of bolt-on modules. If you have a requirement, the chances are somebody else has had the same need - and written a module. If it doesn't work quite how we want, we can improve it and add the improvement back to the development community.

It Has a Great E-Commerce System
We have evaluated a lot of e-commerce systems over the years, and for a while Ubercart was one of the best. But for the last few years we have been using Drupal Commerce. Coupled with the fact that it benefits from all the other good points of Drupal it makes it our top choice. Playbark.com was upgraded from Drupal 6 + Ubercart to Drupal 7 + Commerce and we are now looking ahead to Drupal 9! It can also be used as a catalogue without the basket and checkout functions.

It Backs its Data Up
Drupal has a great module that saves scheduled backups to a variety of locations on and off the server. Read more about Drupal backups.

It's Supported by a Large Network - not a potentially vulnerable company
Software companies don't all live forever. Products can sometimes be discontinued or the company can disappear. Upgrade paths might be more expensive than you would like. Drupal is based around a large worldwide community of users and developers and less likely to be prone to these problems. When choosing a CMS it's important to think of the long term and Drupal is almost certainly going to be there to help.

It Scales
If your site takes off and becomes a global phenomenon Drupal can handle it, as proved by the next point.

It's Been Used for Some Very Prestigous Organisations
Here are some of the high-profile sites built using Drupal:

It's FREE!
All that, and it's free! No wonder we are a bit gushy!